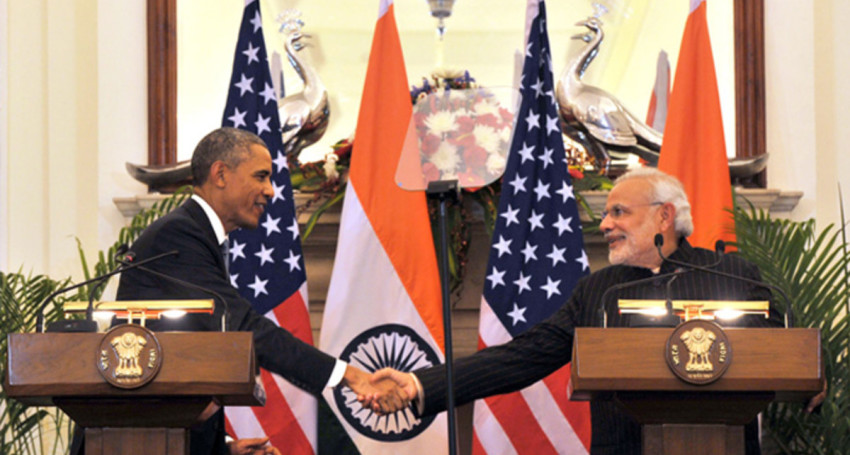 Modi Energizes the Diaspora to Contribute Back Home

Whether it was his speech to 20,000 Indian Americans in San Jose, CA, or his live town hall meeting at Facebook, Prime Minister Modi spoke directly to the one million Indian American families who have migrated to the United States from India in the last 50 years.

Prime Minister Modi has made a concerted, strategic effort to engage the global Indian diaspora in an unprecedented way.

His remarks tugged at their heartstrings. He spoke to them as Americans but implored them to not forget India, their country of origin. He laid out his agenda to create opportunity for Indians similar to what Indian Americans receive here in America - access to a high quality education, good health care, and technology.

In addition to remarks in the Bay Area and New York in 2014, he has spoken to diasporas in the UK, Canada and the Middle East. It is no surprise, given that the Indian diaspora consists of 28 million people worldwide who remit over $70 billion to India annually, that he has championed Federal Direct Investment (FDI) investment in India as well.

Historically, the diaspora has been a dilemma for Indian politicians. While emigrants maintain deep cultural, familial and business ties to India, they have been hesitant to mobilize on India’s behalf. For Indian-Americans it has been particularly hard, as the interests of the US and India have not always been aligned.

“Prime Minister Modi has called on the Indian diaspora in the United States which is very large and very successful to contribute their talents to India’s progress. And that’s something that we welcome.”

“I was in Silicon Valley over the weekend. I experienced the strength of American innovation and enterprise that provide the foundation of American success. I also saw the driving force of our relationship — youth, technology and innovation — and the natural partnership of Indians and Americans in advancing human progress.”

Calvert Foundation’s India Investment Initiative (III) is a leading example of the new generation of opportunities that can leverage the closer relations between United States and India. Announced in January by President Obama, the India Investment Initiative is a collaboration between the Calvert Foundation, U.S. Agency for International Development (USAID) and other strategic partners. The III provides the first retail impact investment opportunity available to Indian Americans to finance businesses with a social purpose in India. Its first commitment is an investment in IntelleGrow, one of India’s leading lenders to small and medium enterprises focused on the base of the pyramid (base of the pyramid is defined as the population living on less than $2.50/day).

The III portfolio will focus on investing in key areas of development including education, health, sustainable livelihoods and more – key areas that President Obama and Prime Minister Modi agreed to continue working towards when they signed the UN Sustainable Development Goals, last week. The III offers a parallel tool for Indian Americans to help achieve these goals.

With 20 years of experience and a track record of 100% repayment of principal and interest to all investors, Calvert Foundation is a leader in impact investing. Its long history in the field, and past experience investing in India, give it credibility and a deep understanding of the issues facing investors in India – including transparency, access to information and regulatory challenges. I encourage you to learn more about the initiative on at www.calvertfoundation.org/india.