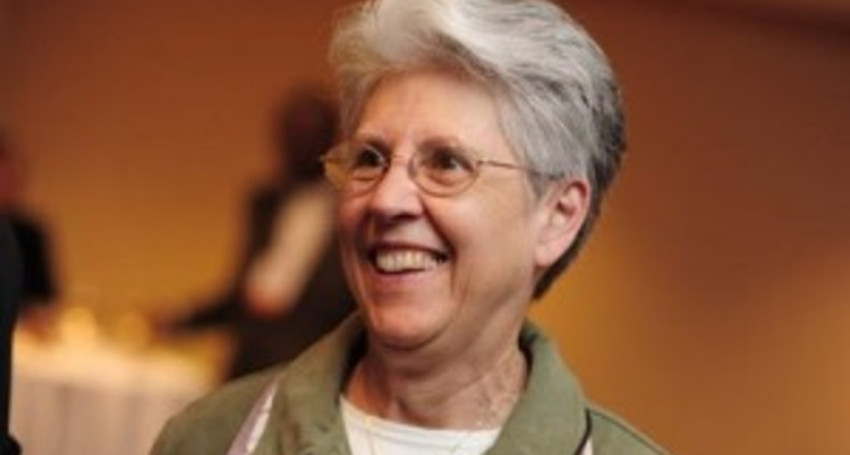 Sister Corinne at the OFN conference

Earlier this month, I had the luck and privilege to meet Sister Corinne Florek at Opportunity Finance Network's annual conference, where she was honored as the recipient of the 2010 Ned Gramlich Lifetime Achievement Award. Sister Corinne is whip smart and lots of fun, though her gentle brown eyes, calm demeanor, and hint of a soft Midwestern accent from her days in Michigan will initially fool you.

In the world of investing, Sister Corinne is a maverick.

In the 1960s, a time when women – both in their faith and in their day-to-day lives – were exploring new roles and seeking new freedoms and opportunities, Sister Corinne and her fellow sisters were facing a dilemma. They saw a real need to put money toward the care of their elder sisters, who were retired and in need of support. Yet, as nuns, many of them felt that their vow to poverty required them to give their money away to those in their community who were suffering. Sister Corinne saw a third option, which is how her journey began, a journey – as she said at the conference – that will continue on long after she does.

Sister Corinne went on to bring in other groups and other investors, in order to create a network that had a more powerful voice as an investor. She involved the Women Religious, which is comprised of Catholic women from congregations around the United States, as well as many other partners along the way. Sister Corinne saw that she and her fellow sisters could pool their money and use it to invest – but not in companies. Instead, they invested their money in community organizations and other non-profits that were helping low-income families and fighting poverty every day, but that could also pay back inexpensive loans with interest. Sometimes there was no interest payment. And sometimes the principal didn't come back. But on average, this experiment paid off, leaving money to care for the retired nuns in need of assistance, and – while invested – providing much-needed support for people living in underserved communities.

Since the conference was hosted this year in lovely (I did leave my heart there) San Francisco, Sister Corinne was able to reach out to the many women in that area that had been part of the investment work she does. Many came, and during her acceptance speech, she called them up on the stage so that they might look out into the audience and see the people who did the work they supported through their investments. She asked organizations who received investment from organizations she works with – or any faith-based investor – to stand up. I was very proud to do so on behalf of Calvert Foundation, which has worked with faith-based investors of multiple denominations for many years.

Many, even in our small (yet growing) impact investment industry, know little of this story. And many more – even those at the organizations receiving investment dollars from groups run and advised by Sister Corinne – fail to understand that these investments are funded solely by the nuns (not the church), and come out of their modest pay, as well as bake sales and other fundraisers.

At Calvert Foundation, we often talk about how innovative we were by starting the work that we do – bringing the opportunity for everyday investors to help low-income communities through investment – over 15 years ago now. But it became clear to me in meeting Sister Corinne and hearing her story that there were inklings of this idea long before Calvert Foundation was even on the radar.

I was truly touched by Corinne's work, but even more so by her energy and her spirit. Having been raised in the Christian church, I have always found great comfort in the quiet strength that emanates from the women of a congregation. Sister Corinne is someone guided by faith, but driven by her own amazing gifts – which, as evidenced by her success, she so freely shares with those around her. OFN honored her at the conference, but I hope to share her story here so that others know about her work.

Congratulations – and thank you – Sister Corinne!