Affordable Homes of South Texas, Inc. (AHSTI) provides home ownership opportunities and financial education to low-income residents of South Texas. AHSTI's mission is to enhance the quality of life for families in the Rio Grande Valley and surrounding areas by providing affordable housing to low-income, working families who would otherwise not qualify for a conventional bank mortgage. AHSTI acts as a land developer, general contractor, and full-service mortgage company. Additionally, AHSTI provides multi-cultural, in-house home buyer education to all clients. Since its creation, AHSTI has provided affordable homes to over 3,800 families. 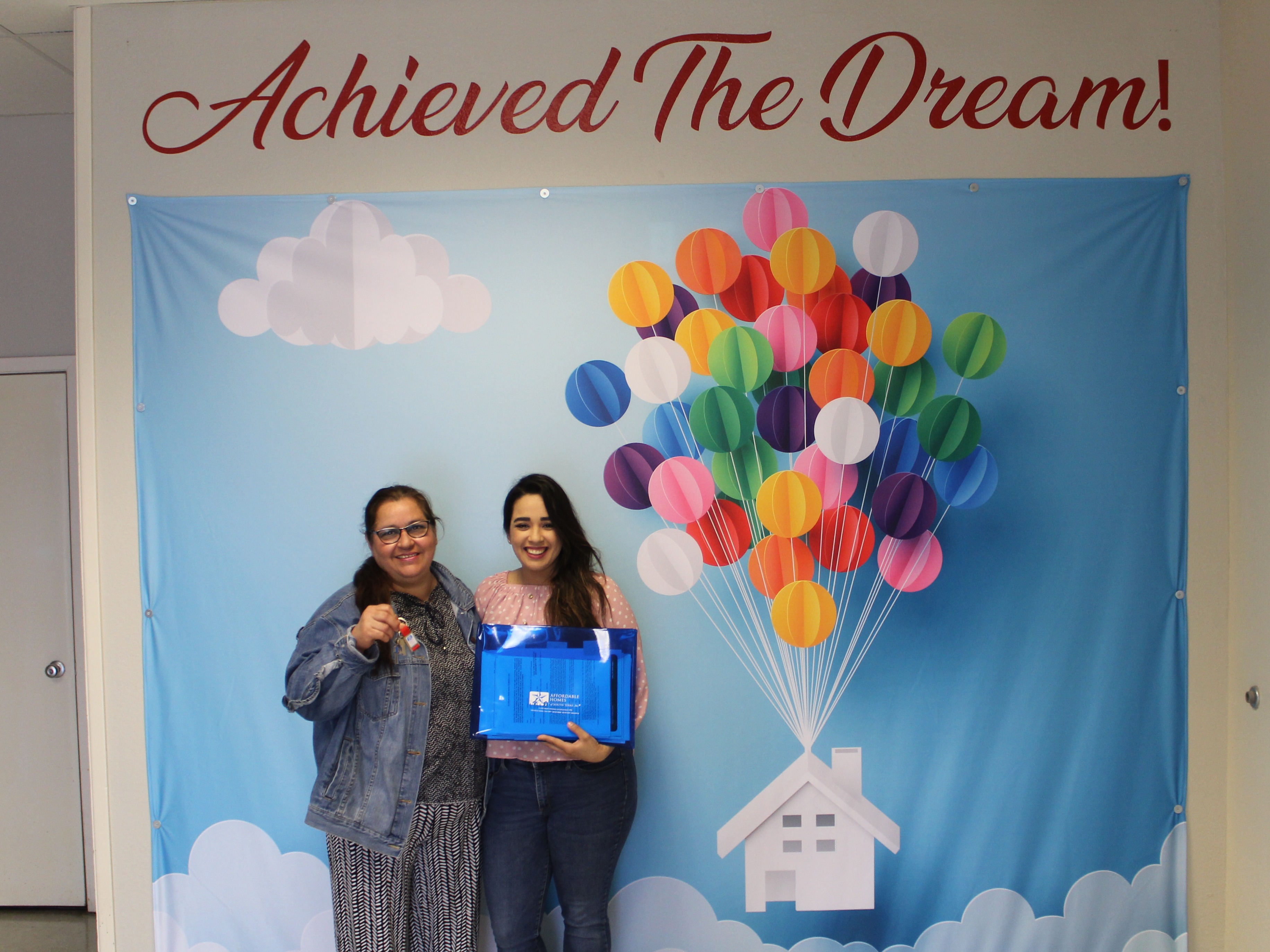 A few years ago, Miss Barrera found herself living in a rent-to-own home in poor condition. She only wanted to help better the lives of her family, especially that of her mother, who had given everything for Miss Barrera and her siblings after the death of Barrera’s father. For seven years Miss Barrera, her mother, and younger brother lived in a house that required much improvement and for which Miss Barerra had to pay taxes and insurance. They hoped that the owner would arrange the necessary steps to improve the home. After years of waiting to no avail, they decided to move into an apartment. But soon after moving, they realized that their situation was no different than if they had stayed in the house. In fact, the living space in the apartment was now smaller than that of the house they once lived in. Miss Barrera was tired of paying so much and not having the comfort that she wanted to have for herself and her family.

While speaking with her co-workers she was informed of AHSTI’s homebuyer program. Like many, she was skeptical that our program would be able to help her achieve her goal. She now testifies that she is a very happy homeowner. Ms. Barrera took advantage of the services provided during her journey to homeownership. These services gave her a better understanding of what it took to become a homeowner. Her and her family are grateful for all the support that was provided throughout the entire journey. They now tell us that, "viven el sueño Americano" [we are living the American Dream].

A home for Mr. Mata and his children 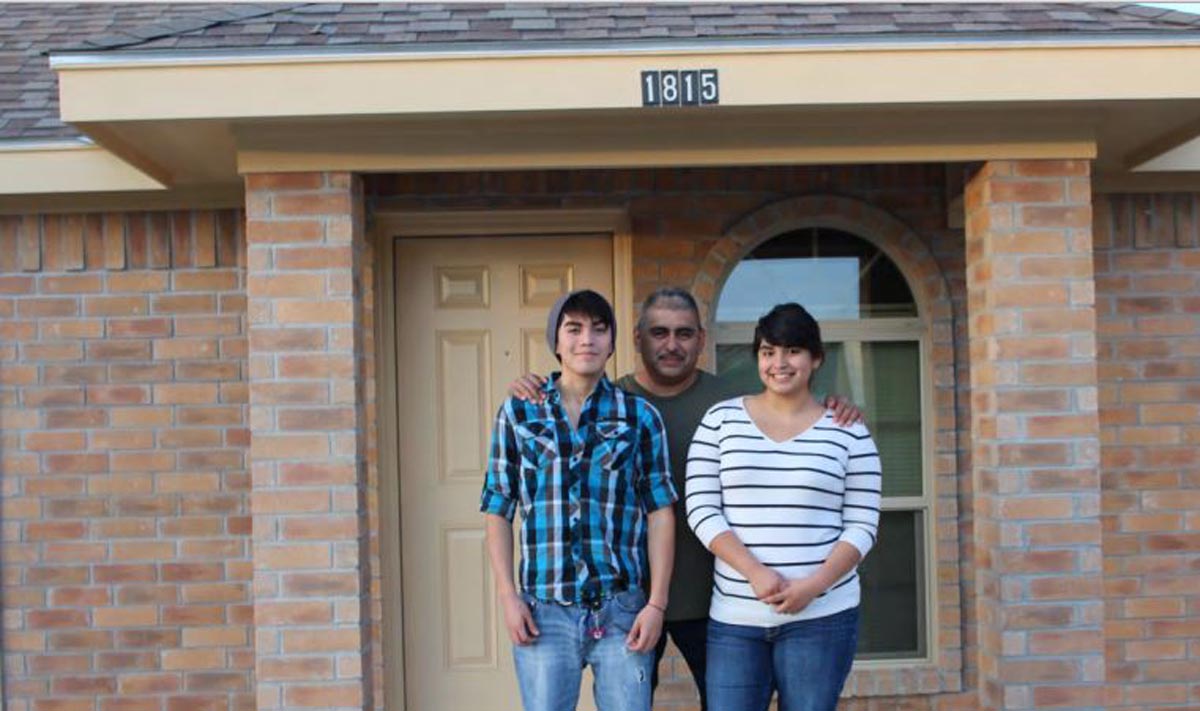 Mr. Mata is a widower. He lost his wife in an accident four years ago and since then has been determined to become a homeowner for his two youngest children. Although three of the couple’s ﬁve children were on their own and had moved away, there were still two younger ones at home. Only 14 and 15 at the time their mother passed away, Mr. Mata wanted to make sure they had something of their own should anything happen to him. So, he set out on the journey of becoming a homeowner, a dream that he and his wife both shared. “We had always wanted to purchase our own home,” said Mr. Mata. “It was a dream we both shared, but it never worked out.” Mr. Mata continued, “We tried a few times, but either we couldn’t afford it or our credit wasn’t where it needed to be.” As a result, he and his wife rented for 20 years. Then, a friend mentioned Affordable Homes of South Texas, Inc. to him. His friend’s mother-in-law purchased her home through AHSTI. He didn’t think AHSTI would accept his application. “I thought I would have to be a two-income household. I’m a single parent. I didn’t think it would happen,” stated Mr. Mata. On January 13, he closed on his new home. “You guys made it possible. You came through for me,” exclaimed Mr. Mata. “It’s beautiful and in a nice neighborhood.”

A safe place to call home 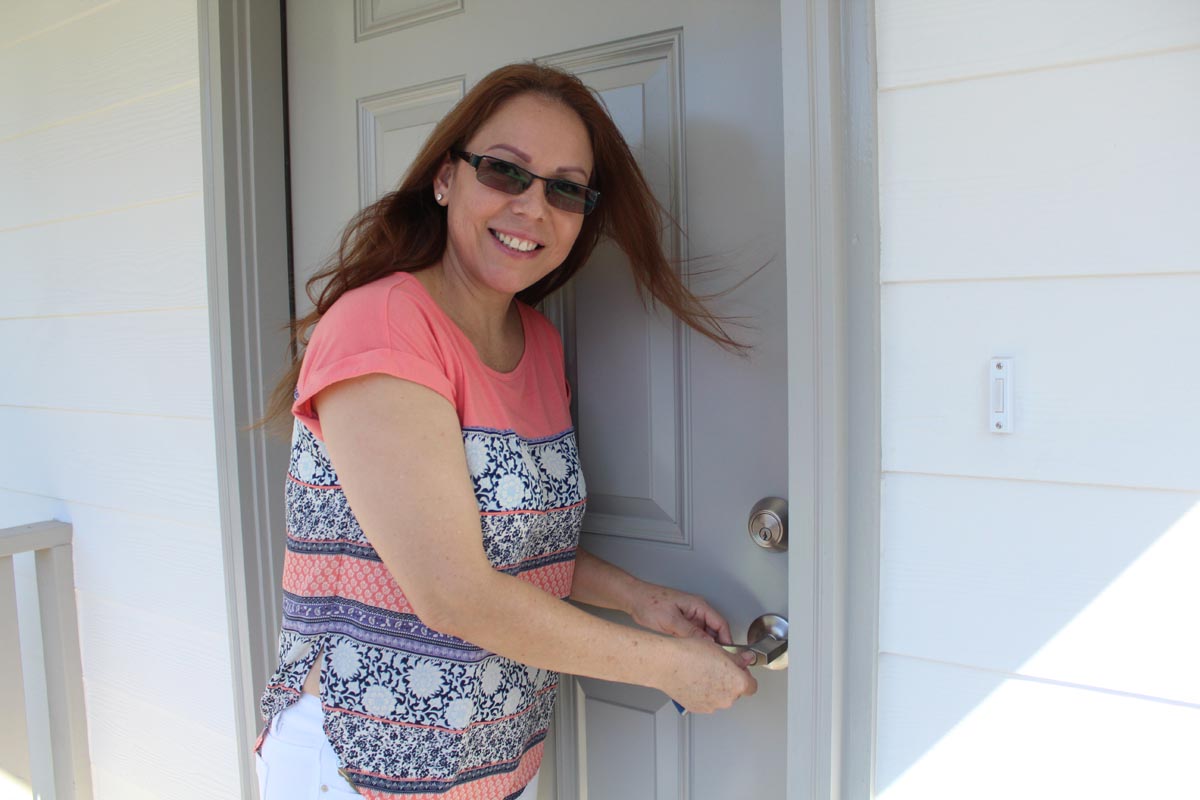 Leonor Perales was the first participant to obtain a home under the New Beginning Rehab / Replacement Home Program in a partnership between Affordable Homes of South Texas, Inc. (AHSTI) and the Texas city of Pharr. A mother of three daughters, ages 21 years, 19 years and 12 years old, Ms. Perales was knocking on doors for a while in search of a program to help her repair her home. After much searching, a relative informed her about the New Beginning Rehab / Replacement Home Program associated with AHSTI and Pharr. She quickly educated herself on the program requirements and decided to apply. Although it took some time to get approved, Ms. Perales says, “All the effort and the long wait was worth it. I still cannot believe that we are the first family to benefit from this great program that AHSTI and the City of Pharr have for its residents. My daughters and I are very excited and grateful for the opportunity they gave us to get a house where we will would no longer have any needs.” Ms. Perales, like many AHSTI client families, is happy that AHSTI provides the opportunity to find and secure a home.

New Rates To Meet the Needs In Communities

“Calvert Impact Capital brings deep expertise in structuring these facilities, as well as the scale and resources required to support transaction costs. They are a values-aligned partner, which is reflected in how we collectively interact with borrowers.”